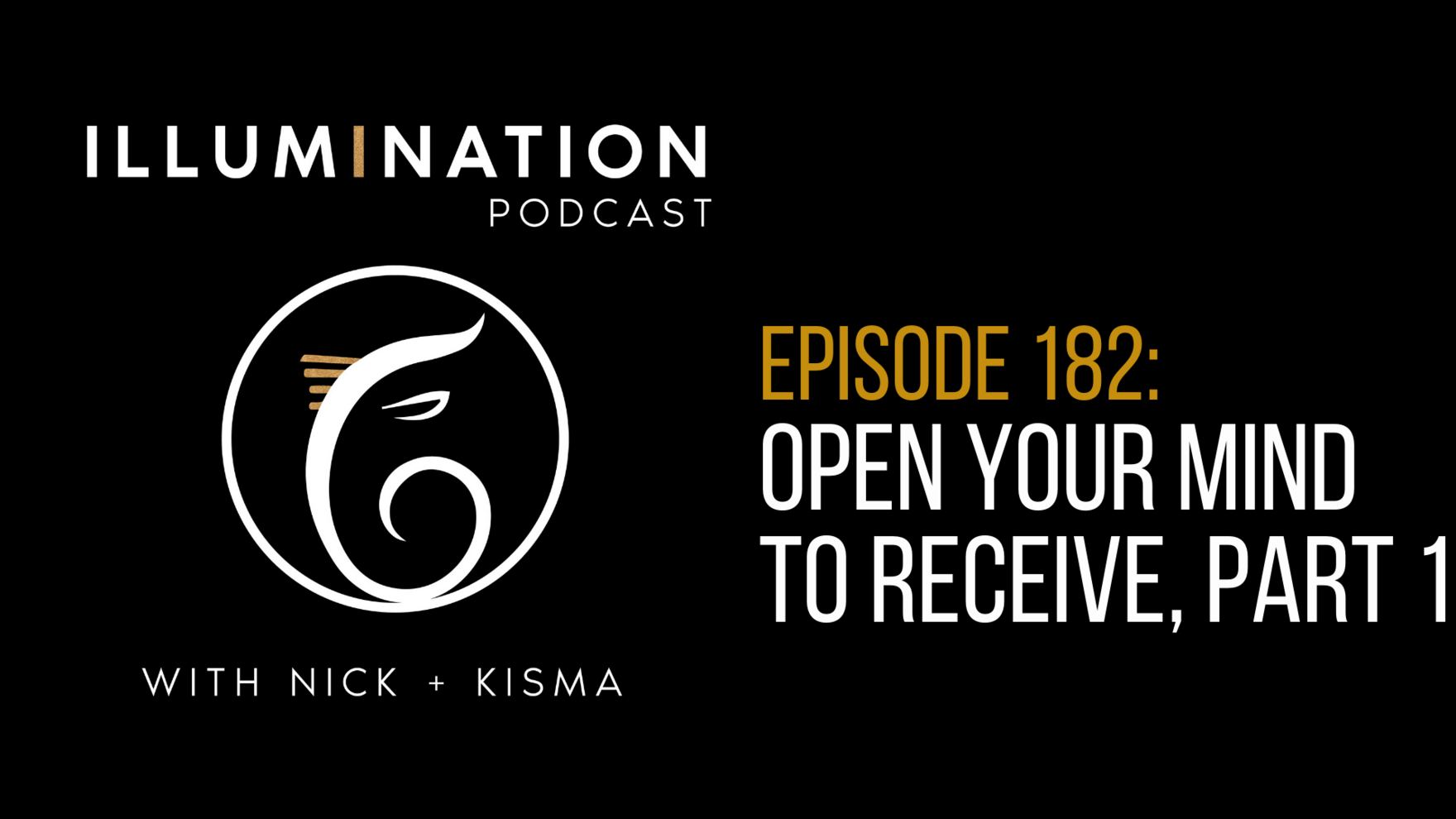 In today’s episode, Open Your Mind to Receive, Part 1, we discuss opening our minds to receive. I personally am very excited for this because it's based on one of my mentors book, Dr. Catherine Ponder, and the book is entitled that, Open Your Mind to Receive. We talk about three types of giving that will allow you to be more receptive, so stay tuned on how to create more receptivity.

Also, here is the recipe for the green soup we mention in this episode.

Here we are. We're going to talk today on opening our minds to receive. And for our listeners out there, the reason I wanted to bring this topic in is that so many people come to me and say, “Well, I know the law of attraction or this or that. I'm just not getting what I want.” And what I have found is it's oftentimes a receiving issue. In fact, I would venture to say it's usually always a receiving issue because if there's something that we desire and we don't have it, we are resisting it because it's there. And we talked a lot about this in our series working with the law, right? The universal laws, law of polarity. If you want something, you see it, you envision it, you don't have it. It exists and it's existing at the same time. And we have to find our way to step into it and to receive it.

In this episode, what I want to talk about is, first of all, why. She even puts this in her book. She goes, “Why should you deliberately open your mind to receive?” And she says, “Because most of us have endured a pinched, narrow existence for no good reason.” That's just like a mic drop. Your life has been pinched and narrow for no good reason people. Don't take that personally, but it's like where have we settled? Where have we tolerated a certain existence because we're not receiving what is divinely ours?

I'm going to read that sentence again because most of us have endured a pinched, narrow existence for no good reason. She goes on to say, “We have blocked our good from getting through to us in the process. There's nothing divine about a pinch to existence. There's nothing divine about a narrow, limited way of life. It proves nothing but the foolishness and ignorance of human beings who actually live in a universe of lavish abundance.” I mean, drop the mic, Catherine.

5:16 Ignorance is just an Area of Darkness

It's childish, it's like an immaturity, and I don't think she's wrong about that. I think if you take it personally, if you put the charge on those words, like I'm not foolish and ignorant, you know, but if you look really look at what the words mean, what it means is, they're aware of a childish immaturity. Which I think is true about anybody. As we mature into our fullness of being in our fullness of expression, and ignorance is just an area of darkness.

Well, and she's just saying, which is true, we actually live in a universe of lavish abundance. So the word receive means to accept. And psychologists have told us over time that we can have anything we mentally accept, but we must mentally accept it first. Until we bring this into our being, we've got to accept it. And Dr. Ponder says, “A great part of the act of receiving is thus to mentally accept the good we want rather than mentally fighting it.”

9:43 Giving is the first step in receiving

What we want to focus on in this episode is a way to receive and a way to receive is to give. Dr.Ponder talks about three types of giving that will allow you to be more receptive and it's give to receive right and receive and give. She says, “Giving is the first step in receiving. When you want to receive, give. However, there are three kinds of giving. All three are equally necessary to your long term growth and success.”

First, give to God. Put God first financially. Why? As is explained in Buddhism and elsewhere, this is the first quality to be developed in your character on the road to enlightenment. Many conscientious people study self-help method, yet do not receive the benefits from them should they? Because they ignore this first step. Very schemes have been suggested for getting rich quick. Most of them fail because they are based on getting, this is so interesting. The get rich quick schemes. Most of them fail because they are based on getting, not giving. They have no spiritual basis. So right there. when there's something showing up like get rich, get this, it doesn't have the spiritual basis and money comes through spirituality and God. The reason many people fail to receive their good in life is because they do not practice giving or returning impersonally to the universe on a systematic basis, a portion of all that the universe shares with them.

The idea is to give to something that feeds you spiritually.

Let me talk about this second kind of giving. Give to yourself. So you give to God, second is give to yourself. Open your mind to receive by giving to yourself because all progress begins with self-improvement. And I love this because you know, you and I invest in ourselves all the time, but she says it is sometimes easy to under give to yourself, but that unbalances the action of the law and keeps your good from coming through. You must first put your attention on the improvement and development of yourself, including your own strength and wisdom before you can possibly help others.

You cannot give to others unless you first have something to give. You must first have substance along with a measure of strength and wisdom before you can share these qualities with others. Some misguided people think it is selfish to emphasize self improvement first, but only after self-improvement are you capable of helping others. So that goes back to your question, whatever you're trying to give to get that is not a stance of self improvement.

15:46 The Beauty in the Spirit of Giving

That's right. It's selfish. I mean that's the beauty in the spirit of giving is giving freely, expecting nothing in return. But I think at the same time there is, there's wisdom in you plant seeds so that you can reap a harvest. There's an intention behind it.

Exactly. The third kind of giving after giving to God and to yourself, give something to someone else. Isn't that interesting everyone? It's like it is Universe, God, spirit, it's yourself and then it's someone else. After you give something to someone else, bless whatever you have given, bless the person or persons to whom you gave it. Then release both the gift and the recipient. Any of us, man, woman, or child can transform our lives by transforming what we give, what we give to God, what we give to ourselves, and what we give to others. So it's back to that thing, Nick, that you said, well, if I'm going to give something, I'm going to get it, uh-huh. Give, bless the thing that you give. Bless the people you give it to and release.

When you look at it really from a broader perspective, it's genius because now, let's just assume that you've got people that are doing this out there really following this simple prescription, one, two, three. What do you have? Well you have people who are giving to feed their spirituality, their connection to God, their spiritual growth. So you've got spiritually minded folks who are strong and stable and grounded within themselves, who are humble enough to keep doing the work on themselves, and then to share that with other people. That's a winning formula, that's the way to transform the whole world.