EP: 184 - The Secret to Positive Thinking 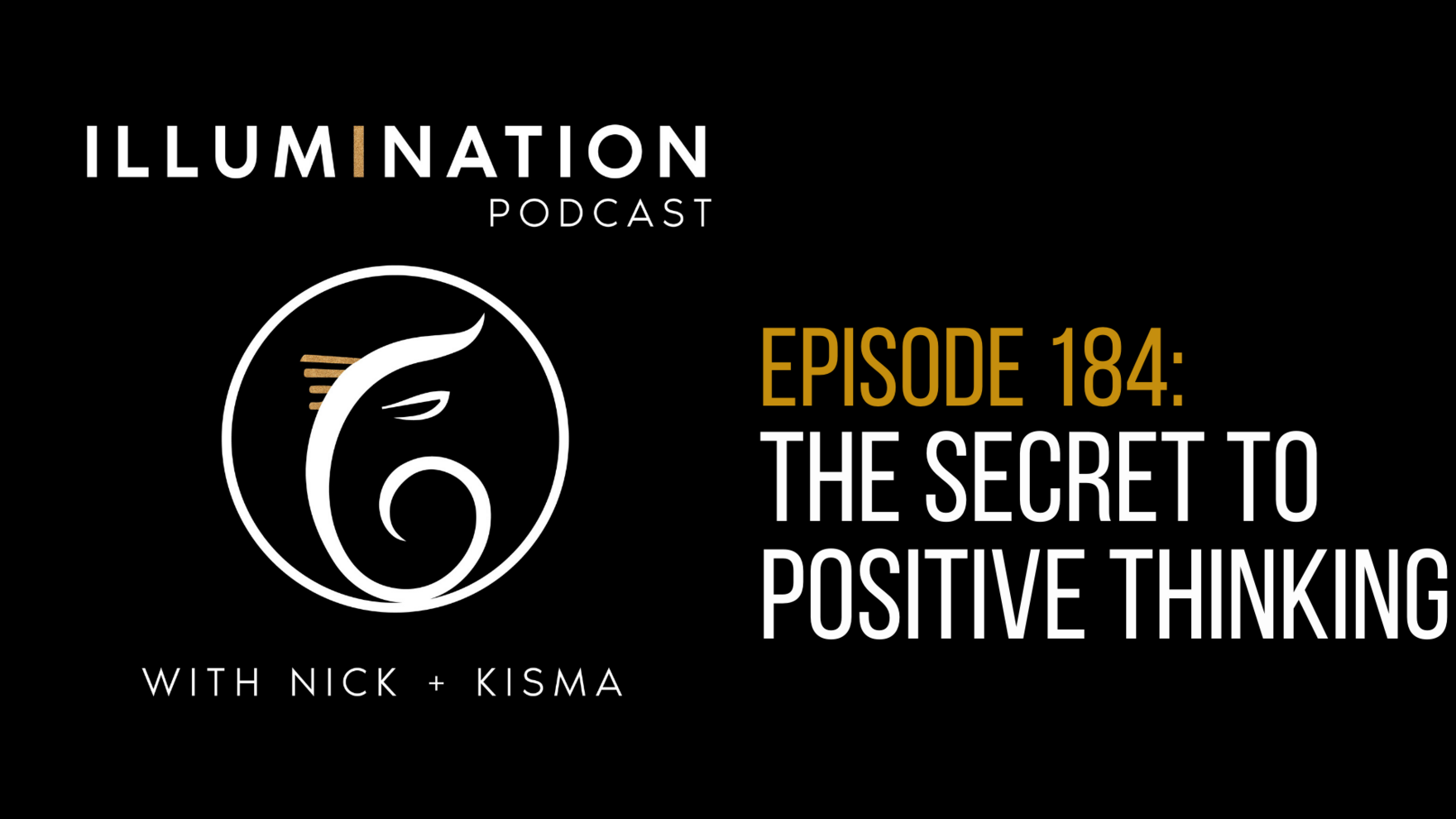 Today's episode is all about The Secret to Positive Thinking. We discuss the importance of letting go of attachment, as well as cutting your cords to manage your energy.

It's the perfect day to record the episode about the secret to positive thinking.

Yeah, yeah. It is the actual perfect day for it.

It's a really interesting moment where one can start getting super upset (and I know these are, alone, first world problems.) Nothing to really complain about. But it's the attachment.

It's the attachment to it's going to be this way. And then when it's not that way, it's very easy for the mind to dip into a whole lot of anxiety, agitation and negativity. So the real secret to positive thinking is to not be attached to things having to be a certain way because the moment that it's got to be that way and it isn't, we feel out of sync if we don't have that intellect to check us.

8:03 It Always Comes Down to Being Attached

Yeah. I mean that's all there is to. What is that? ATTACHMENT

It's attachment. Everyone, it always comes down to being attached. So the other thing that can happen is, you know, when we're creating something, when we have goals, when we have relationship goals, whatever it is, and it doesn't work the way we want, it's because we're attached to a certain outcome.

9:44 Expectations are Not the Problem

It's not the expectations that are the problem. It's the attachment that is the real problem. Attached to things being a certain way and then being a certain way. That's where a lot of people get stuck in themselves is because they hold this ridiculously high standard for themselves, which is fine. Go for it. Like be the Christ walking the earth, be the Buddha. But at the same time is when you're attached to that expectation, now you have a problem with perfectionism. You're going to have a problem with authenticity because you're not going to feel safe on just revealing who you really are and just being yourself in the world and you're always going to be trying to be something different because it's not gonna feel right to do that all because of the attachment to that expectation.

For sure. That piece of expecting the best and calling or speaking, seeing the best in people is a beautiful thing.

Yet if they don't show up that way and you are attached, it leads to a spiral down very quickly.

I don't know. I'm a believer if you prepare for the best, it means you're in such great shape. You can handle when something goes wrong.

13:27 The Secret to Positive Thinking

So the secret to positive thinking is to let go of attachment to be unattached. Now how do we do that one?

14:12 The Beginning of being Less Attached

We dip into the negative. If we're acutely aware of that moment, we have an opportunity to pause and I feel like the pause is the next step to being unattached because in that pause I'm like, wait a minute, I have a couple choices.

It's giving yourself the opportunity to make a choice.

So let's create two steps. One is the pause.The pause is really powerful.

What can people do for their energy?

Yeah. Cut your cords everyone, take a big fat pause. Because at the end of the day, if you really want to maintain, whether it's positive thinking, objectivity, let's just call it, you want to be able to think about what you want, not what you don't want.

Take the pause and be less attached.

Life will feel so much more free without that attachment. So the illuminated thought is  very basic. The secret to positive thinking is to be less attached. That's it. Work on it, everyone. It's worth it. It's a lifetime of work, but it is so worth it.

If you really want to understand attachment, check out these books: The Fall of the Human Intellect, and The Holocaust of Attachment.