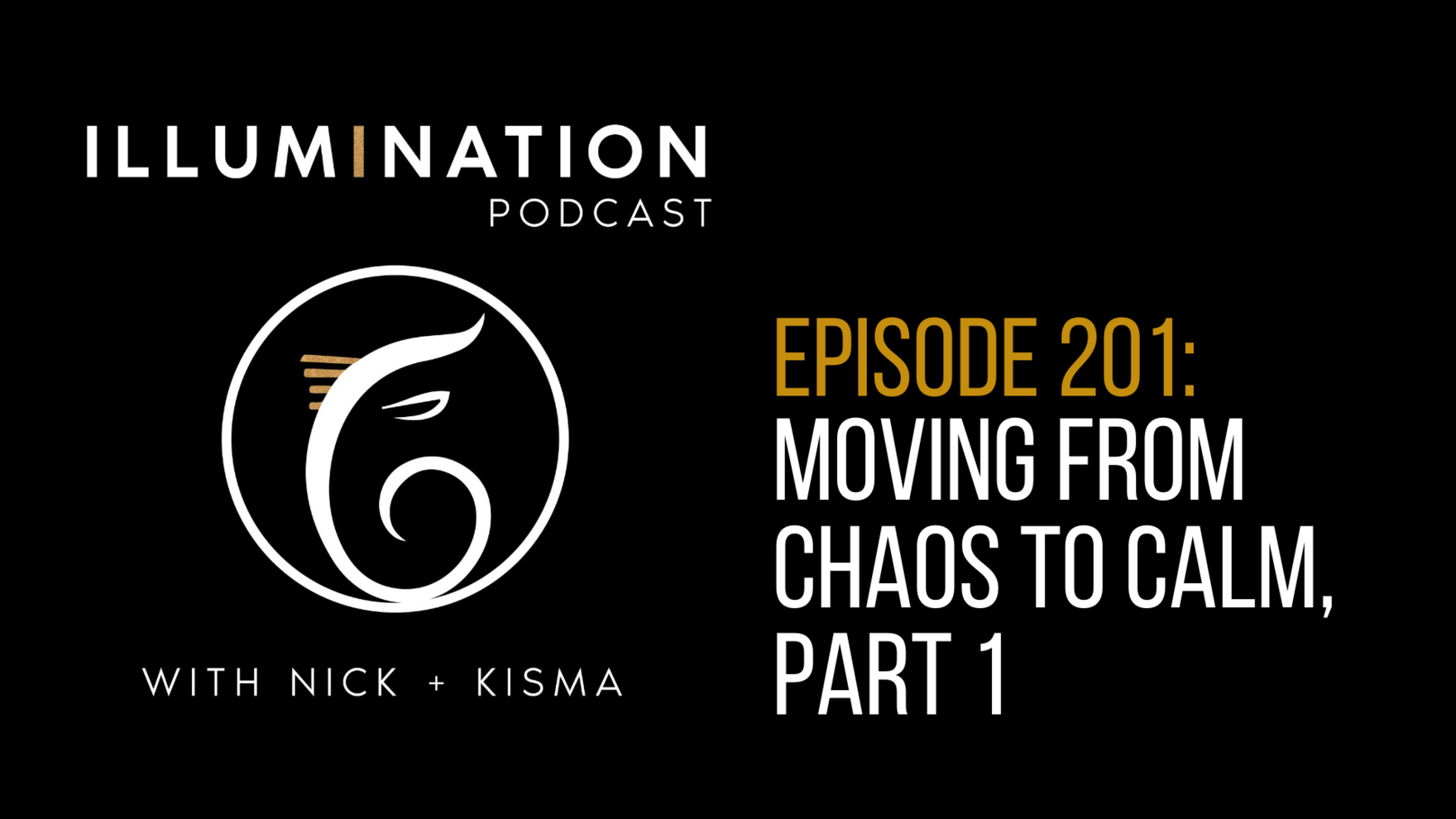 This week’s episode is Part 1 of a series called Moving from Chaos to Calm. Today’s episode is really about understanding, embodying, and trusting that you have what it takes to create calm.

It's a big day. We're podcasting from home.

It's exciting. We have some new equipment and it's really nice to be able to sit down in this kind of comfort and record.

I mean it was fun to be able to record from Common Grounds. You know, that's where my office was for the last three or four years, and we've recorded so many podcasts from there. And then the quarantine hit, the place just became quiet, and well, we'll talk a little bit about how the whole house manifestation came.

I tried to fight it a little bit but then we moved to a place that is big enough to have both of our businesses and our life. And here we are recording in your office.

6:40 The Calm In The Manifestation

Since we're talking about calm and not having chaos, the way that I utilized rather than getting agitated, is why I really believe this place showed up. I just kept saying, “Okay, Universe, God, Spirit, Source, as good or better. If this isn't our place, as good or better. And thank you.” And I just leaned out of it. No worry, no anxiety. As good or better, let's go.

So that's the calm in the manifestation. It's a trust, it's an expectancy, it's an ‘as good or better’. And of course, following through and doing the work.

I think that's one of the things that I see most, and certainly a trap that I've gotten into and have to be mindful of for myself, is when you want to manifest something bigger in your life, there's a lot involved, and we can start to really go overboard on that. A lot of people get into a forcing kind of willful state of the chaos when they want to manifest something.

It's really interesting, like you said, drop in life and stay calm. Stay out of the chaos and allow what it is we want to show up.

Yeah, the allowance is kind of a big deal.

9:57 You Have What It Takes To Create Calm

When I look at this, it's a big thing to move in. It's such a great example and a great teaching to see that it's actually possible to have calm inside of yourself no matter what the external circumstances.

Absolutely. It is about understanding, embodying, and trusting that you have what it takes to create calm. You have it in the equipment of being a human being. It's that first step of the confidence that you can actually create it.

And this is not to say that the world stops being chaotic. It's that your perception and your ability to handle it brings you into calm.

I would say for me, the most important thing for people to remember is that calm is a choice. It's not a magical thing that just suddenly happens. It's a choice that you get to make, whenever you decide to make it. Calm is for you if you decide it's for you. And that's really all there is to it.

By the way, this episode is brought to you by a training that I have, which is called Calm The Chaos. It's an audio training and it's available on our website.

Until next time we're sending you so much love, peace and calm.