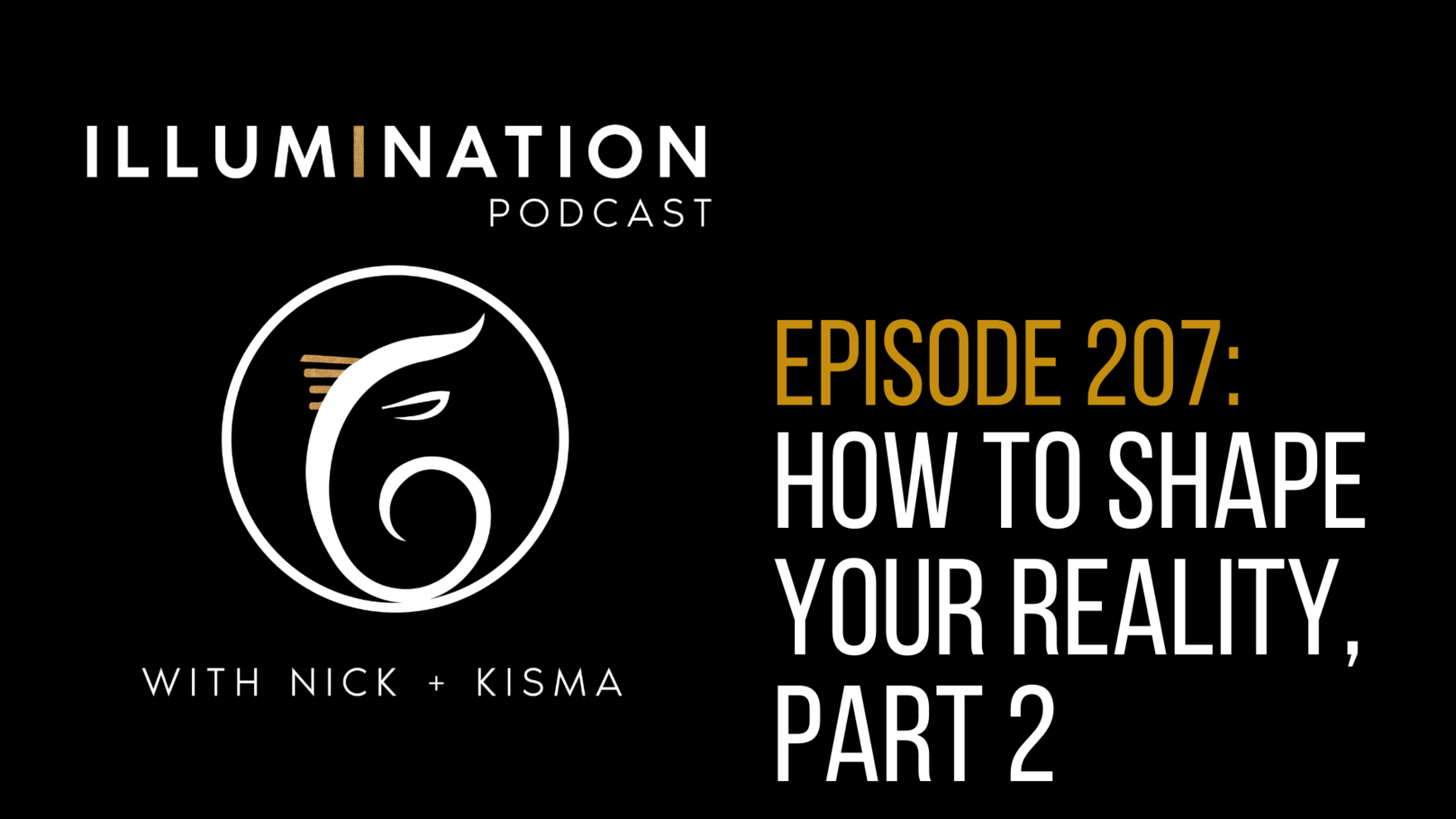 In this episode we are continuing with part two of How To Shape Your Reality.

I do want to give a little recap from last week.

Basically we're breaking this down into four principles. Knowing, Heart, Action and Receptivity.

Now, we also talked about how that heart place is even deeper knowing. A knowing plus acceptance. And I bet you've all felt it right when there was something where you're like, "Yeah, I really want this”. And it just dropped in. And you knew that was the right thing for you.

Yeah. That's such a powerful place. It's a real revelation.

It should truly just be full on, dropped in.

But what happens is the conditioned mind gets in, the lower self takes over, the subconscious takes a hold, and before you know it, it's like a karmic loop. We're just spinning right there over and over and over again.

So this is about waking up. Waking up in a way that you are fully present to what you're doing and why you're doing it. And with this new level of consciousness or expanded awareness, everything will be okay because you're in your power center. You're there, you're fully present. It's when we fall asleep, when we go into the regrets of the past or the apprehension of the future that we lose our power and the world starts to shape us.

And in today's episode, we want to talk about action and receiving.

I'm going to reverse engineer and just touch on receiving per The Universal Laws.
If there's something that you desire and you don't have it, somewhere you're resisting. This is why being awake to the present moment is so important.

We really do have to look at where those subtle pings, voices, doubts, and worries are. Because in the last episode we talked about doubt that creates a resistance. It's not like you're putting your hand up in front of you, but energetically, you're putting an energy of undeserving or unworthy or can’t or doubt or whatever in front of you, which is resisting.

One of the things that's really relevant here, I want to point out is that there will be solutions and steps right in front of you that you can't see because of the need to be right.

That's also a form of resistance. It's just a real sneaky one.

So the action piece, I like to use the term magnificent action, it's action that is designed to flow and to move you towards your greater desires and manifestations

There's two layers of the action.

But the more subtle aspect that we're really talking about here is the attitude while you're in the action. That's the difference between forcing your way through and the magnificent action.

Why don't you talk about receptivity?

Receptivity is a big deal.

In the context of shaping your reality, receptivity is about allowing yourself to have that right. It's truly being receptive to having what it is.

What I'd like for everyone to do this week, as you're working on shaping your reality, is take note of where you received.

Do this for you. This is a really important time on the planet for you to anchor into your own personal universe, your own cosmos, your own dreams and desires.

Working on knowing my goals so I can take magnificent action 💛