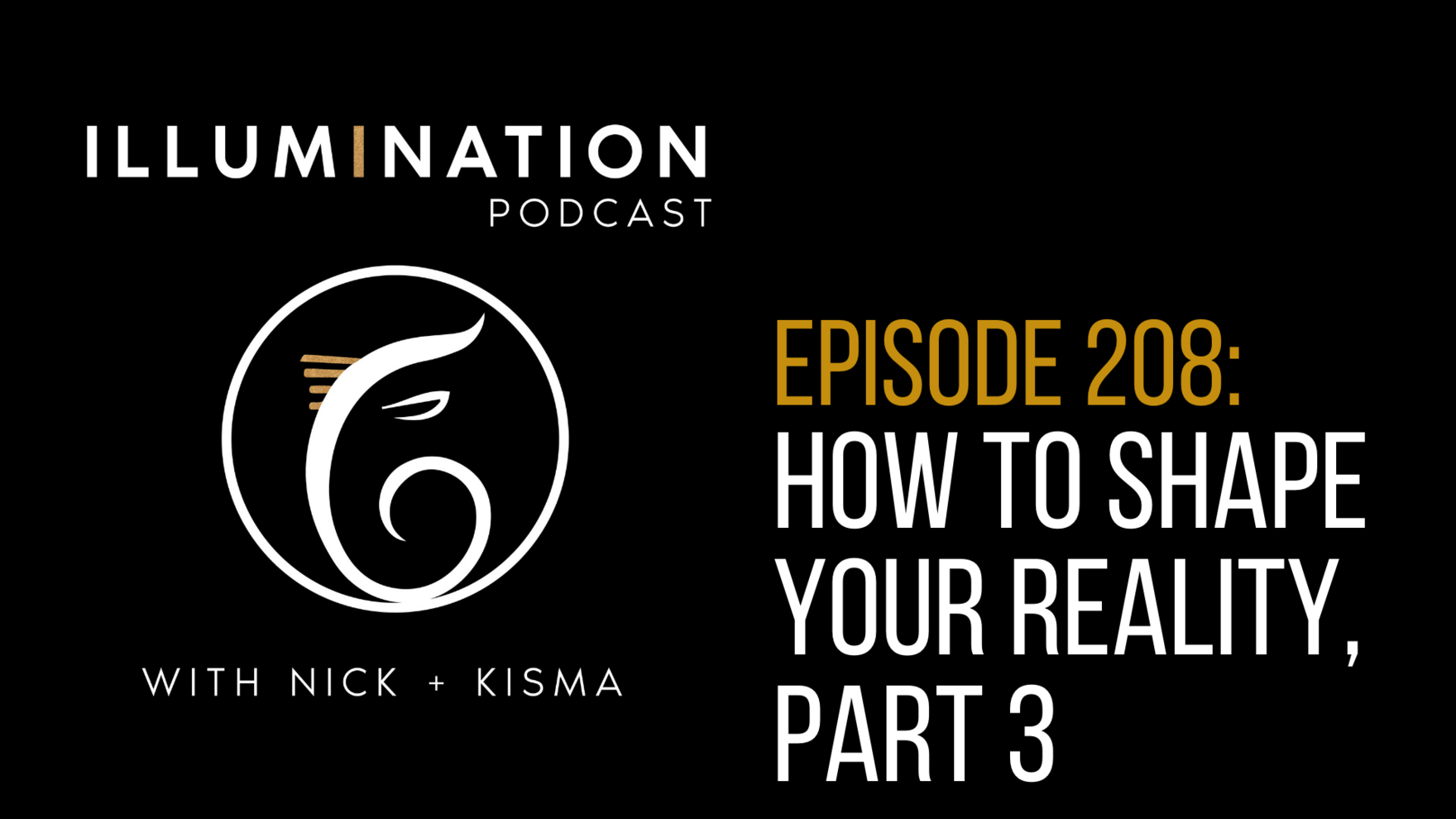 In this episode we are continuing our series on How to Shape Your Reality, Part 3 by talking about how to rewrite your life script.

When you look at rewriting your life script, that's a big topic or big idea to begin with.

You don’t have to rewrite your whole life and change everything. Sometimes it's just certain areas or smaller things that you may be getting caught in the mundane or stuck in a certain way, a certain attitude, or something like that that you can rewrite.

I think you're onto something. Sometimes it's those small attitudes, those thoughts, or those beliefs that are stories running and creating a very strong mental thought flow. And before you know it, that's creating an attitude and a habit in a way of being that just keeps people in a karmic loop.

When you look at rewriting the scripts, it doesn't have to be just what. It can be how you go about something. Like, what's your attitude? What's your internal disposition towards things? It's a really powerful thing when you think about it.

I would like to look at rewriting the script that runs the attitude.

Rewriting the script brings us back into finding the solution.

If something has happened in your life, if you're feeling a certain way, if you're experiencing something you don't want to experience, the opposite of that exists. But you're going to have to do a little change of what the thought flow is, and the attitude and the perception in order to get from point A to B.

Right and it's essentially deciding who and how you want to be.

And if you want to embody your own authentic being, and script and life and purpose, it can't be tethered to what other people are thinking.

You might need mentorship, coaching, or spiritual teaching, but the alignment of head and heart is really important.

Yeah, it's absolutely key. And you can't have that if you don't have an idea about who you are on the inside without all of the labels and all of the things that we've adopted.

What I suggest for our listeners, if there's something in your life that you're experiencing and you don't want to experience it, write it down. Next to it, write down the exact opposite of that feeling.

And in between is sort of this beautiful space where you can begin to look at what are the mental stories that you’re feeding into and regurgitating that feed into the negative aspect or the fatigue, the anxiety, etc. because that's the script that we want to purge.

Thank you for your positive energy.

It so helps to put things in perspective and feel more grounded!

We're so glad you're enjoying the podcast and experiencing the benefits. Thanks for listening!