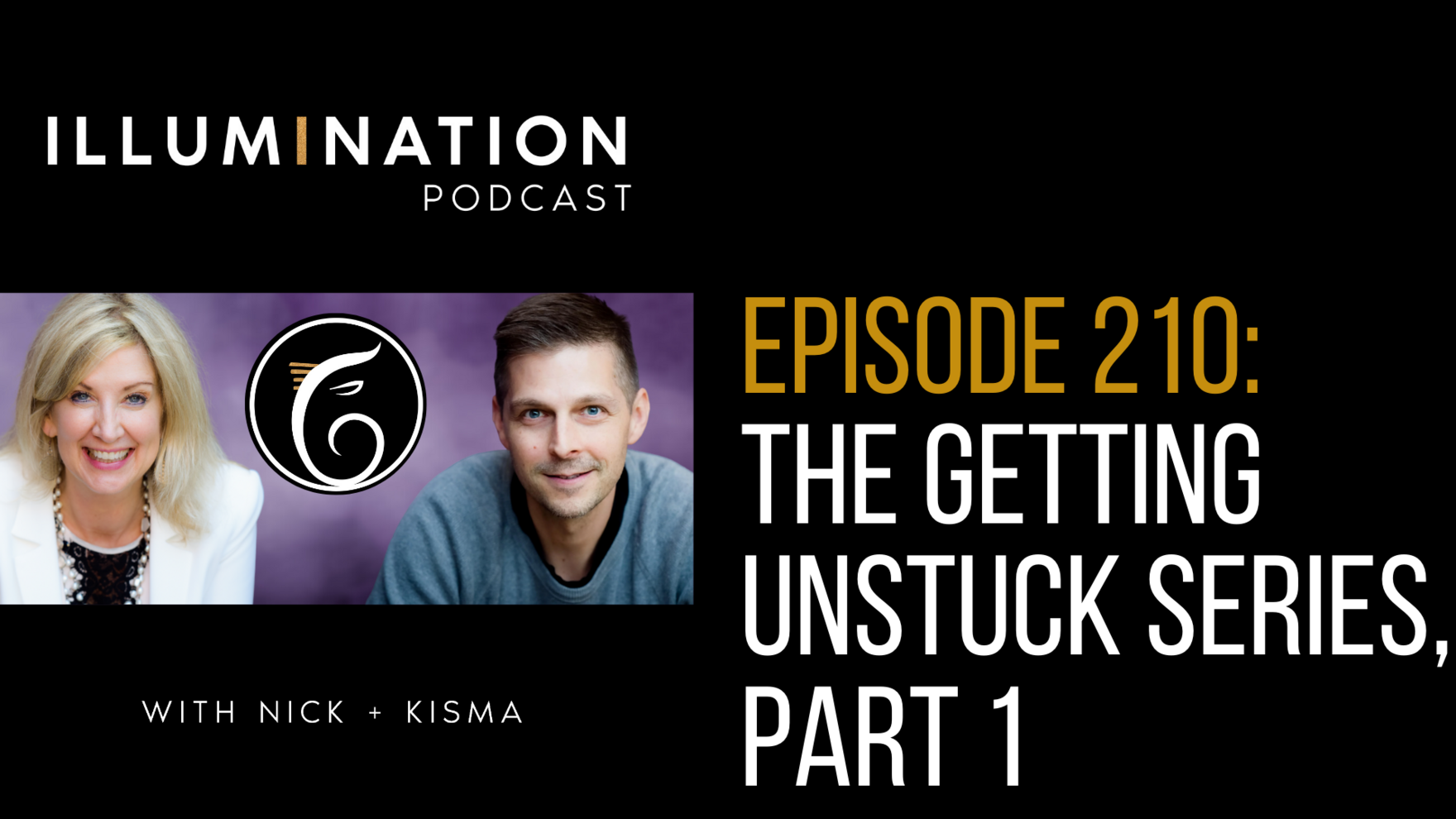 This episode is the first episode in our series called The Getting Unstuck Series. In this episode we're going to be talking about the in-between stuck.

Stuck: unable to move or set in a particular position, place or way of thinking.

It’s a frustrating circumstance all the way around.

It does not go well with creating success or prosperity.

Being specific about where you're stuck is the number one step for getting unstuck.

If you have an idea of what you want to have happen and an idea around where you're getting hung up, then you can have a much better conversation with yourself about getting unstuck. Which is what we want to talk about now and just kicking it off really with the dreaded in-between.

The in-between means you’re not in the past and you're also not creating or manifesting what you really want.

It’s an in-between dimension and essentially what the in-between is, is indecision.

I want to talk about a couple of signs that will show that you are stuck in the middle.

Number one is going to be energy fatigue and then with that will come a neglect of how you manage your life. You'll start doing things to exit your life and not pay attention because it's so uncomfortable being stuck in between.

Also look for the areas where your decision-making in general gets kind of lazy. You want to look for where habitual patterns of not supporting yourself are starting to show up.

17:31 Start with Changing One Thing

So Nick, how do you coach people out of this?

Well, it's actually more simple than you think.

The first thing that I like to do with people is just get them out of their heads, like stop thinking so much about all this so that we can make a clearer path forward.

And what is really effective is actually just choosing one area, even if it's a small thing that you really want to see movement around and just focus on that. Let that be the one thing that you're really diligent with.

So basically we're talking about changing something, starting with one thing and really dedicating yourself.

Once you get through a 48 hour period, things start to shift and you've got to focus on those things that do shift to give you the confidence to keep going.