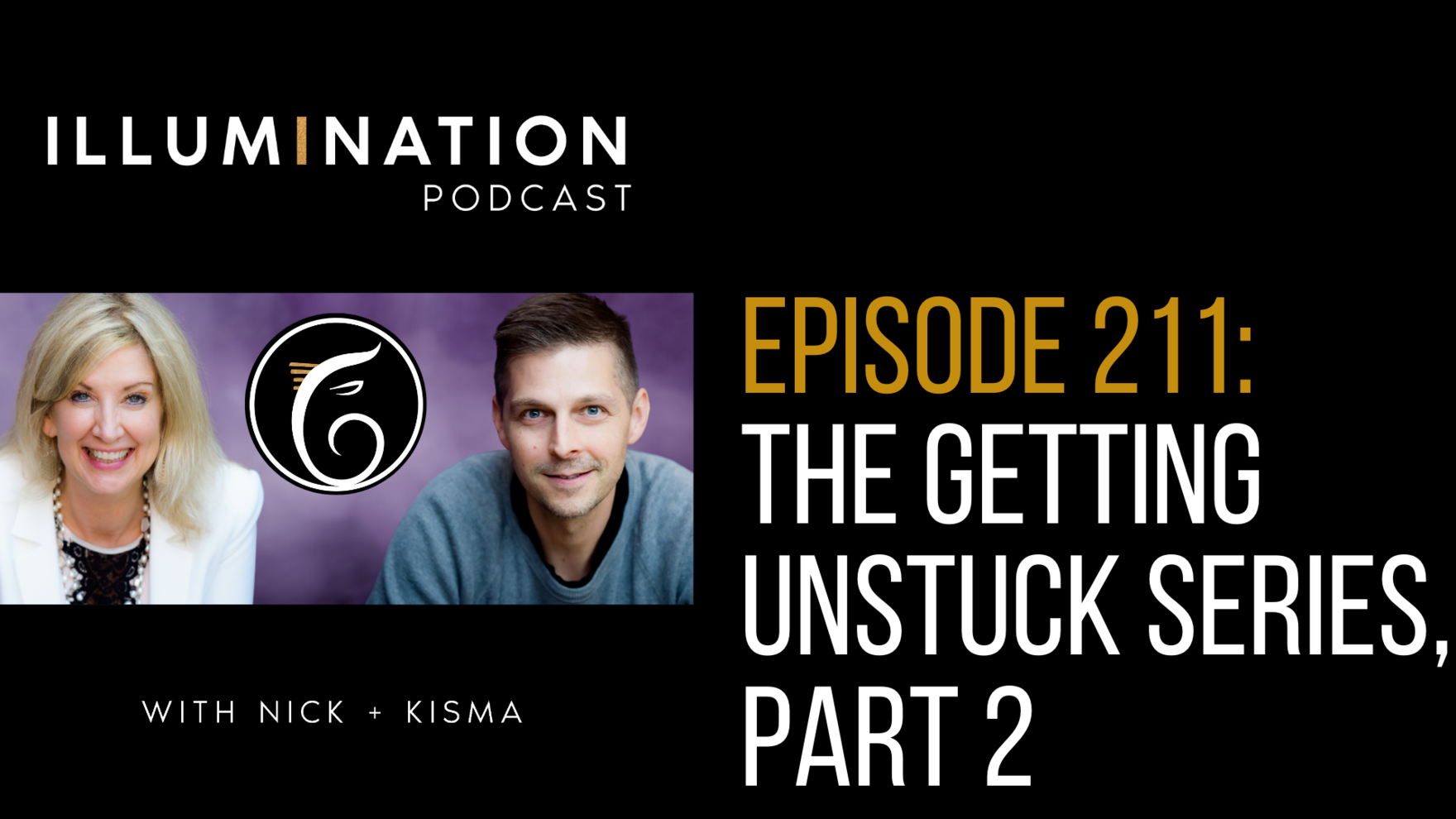 This is episode two in The Getting Unstuck Series and in this episode we're talking about the mental stuckness; what to do about it, and how to get out of it.

It's funny that we're talking about mental stuckness.

Because I know tech, but I'm not a techie tech per type of person. When it comes to all those little things and all the little boxes to check and the ways that the audio gets routed through a mic, to a board, into the computer and back out to somewhere else, there's all these little things and it is a process for me. And I got stuck in my head on this  more than a couple of times.

This is a great example. Because I had this idea of this thing that I wanted to do and I just couldn't figure out how to do it right, how to accomplish it. So when I would sit down to do it, I'd get lost down the rabbit holes.

A little into that need to be right. It's this way. Not the other way.

I'm sure the need to be right was present and that is a telltale sign.

One of the ways you know you've got the mental stuckness is if you're digging your heels in and you have to be right.

What will happen in the mental stuckness is we humans will create an assumption, which then turns into this mental story. And a lot of times we assume something that we're not even sure is true, or we're in a situation and we can only see one aspect. Our perception of the situation spins and spins in a certain way. And it goes on more and more. That mental story is gaining life. It's gaining energy. And then we’ve got a mental movie that is playing in our head again and again. So we can't see any other way. The perception is stuck and if our perception will only allow us to see one way, we'll get stuck in that.

You've got to acknowledge it and be willing to change it.

One of the big things that I'm taking away from this is that you can't think your way out of mental stuckness. You'll just spin the wheels.

The solutions that you're giving are actually really, really simple and less is more.

And ultimately the energy is all a matter of your decisions. So being in the in-between is really where the journey starts.

You know, we don't have to be stuck. We really don't. We can just flourish and thrive. And when we have each other to do so, it's so much easier.