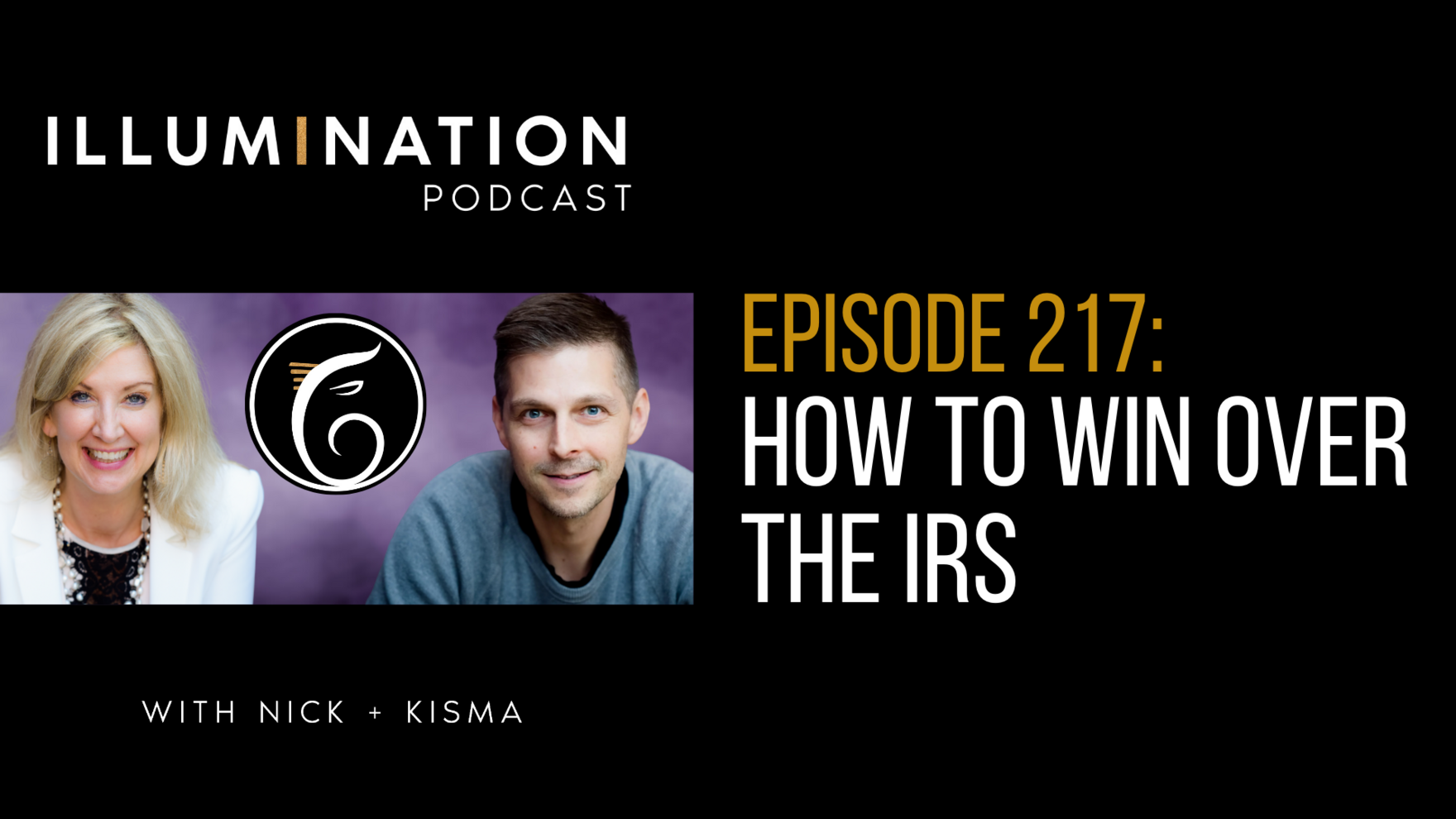 This episode is about How to Win Over the IRS.

00:02 Energy of Attitude and of Personality

Today's episode is about an interesting topic, how to win over the IRS

This is really about something that Nick went through and his story, and we thought it might be really helpful because it was such a cool use of energy of attitude and of personality.

That's a good way to put it. And I kind of put together a little formula for how I was going to approach this.

So we had to refile some stuff from 2018 and I got a notification in the mail. It was a multi thousand dollar bill, like just pure penalties.

And finally you were like here's what you're going to do.

I asked if I could share a strategy with you.

I said first thing in the morning you're going to call and be on hold for a couple of hours. They're not going to pick up right away, so you can get all your stuff done until the person picks up.

Your intention was right there.

Yeah. I was very clear in that I was going to get the exact right person. And I had decided I was going to be the bright spot in that person's day and the happiest person they’ve talked to in a month.

One of the things that I did was I didn't try to make up some weird story or anything like that. I just took full ownership for it.

I need to pause here because I don't know how many clients and students I'll talk to that are afraid of making a mistake. And here's when taking ownership of a mistake is not only a learning experience, but like the outcome can be in your favor.

Yeah. It was really fascinating to listen to her respond to that. I could tell that that's not something that she hears a lot. But I feel this is the reason I did it was because I felt like that blame energy really starts to turn things upside down. Like nobody likes to hear that, as soon as you're doing that, you're in the role of victimization. And that wasn't what I wanted to bring to that conversation.

And have a little strategy like the little call strategy, start dialing early and do other things and then be ready to take the call. And then the most important thing, when you're on the call, you're calm, you're kind, you're talking slow, you get the person's name, you thank them for taking the call. It completely changes the dynamic between the two of you.

So there you go. We would love to hear from you if you have any stories. If you want us to talk about anything in particular please email us at hello@illuminationpodcast.com or there's a little place to put comments on the page and anything else you want to share.