Today we're going to talk about our cats. Our little spirit animals. Here's why- maybe you're not a cat lover, but let's just face it guys. It's been a weird freaking time. And I think it's a time where we've turned towards our animals and our animals have turned towards us.

My heart breaks when I hear stories about people that adopted dogs during COVID and now they're giving them back because they're going to work, I don't want that. I want everyone to keep your dog and your cat, but our story is kind of funny.

For those of you that remember, we used to have a Lenny, the Boston terrier, who you might hear in some of the older episodes would be snoring in the background.

And then we had Sabrina who was one of two cats before Lenny passed.

Before that there was Miles. Miles was the man. He was just the coolest.

He was a king whenever Nick would be studying the morning, miles would lie down on his chest and just stare at him legs sort of like, claiming you and taking on the wisdom as much as he could through osmosis, I guess.

No more animals for a while. I like, ah, so a couple months go by and it's the end of February. And all of a sudden I'm like maybe a cat, maybe a cat. You know, I started hearing those voices and I start looking and I started kind of manifesting. I opened up and started looking for adoption, you know, rescue centers, obviously

So I open up and there is Helen Woodward adoption center, which is a great place and Rancho Santa Fe. And there's this picture of one cat. And there were a lot of dogs, one cat named Pecan, little black and white tuxedo. I'm like, that's my girl. She's my cat.

Then Nick starts looking, all of a sudden, there's a cat named Merlin who comes out of nowhere.

Kisma had her process to go through…

Kisma: I think he was trying to pull one over on me guys.

Nick: I know you just, I know you just weren't there yet. And I was okay with that and you're going, well, maybe we'll just get Merlin cause he'll be gone. And then the other one I'm like huh. Yeah, yeah. Let's start there. But in my mind there was absolutely no doubt ever that we're going home with two cats. 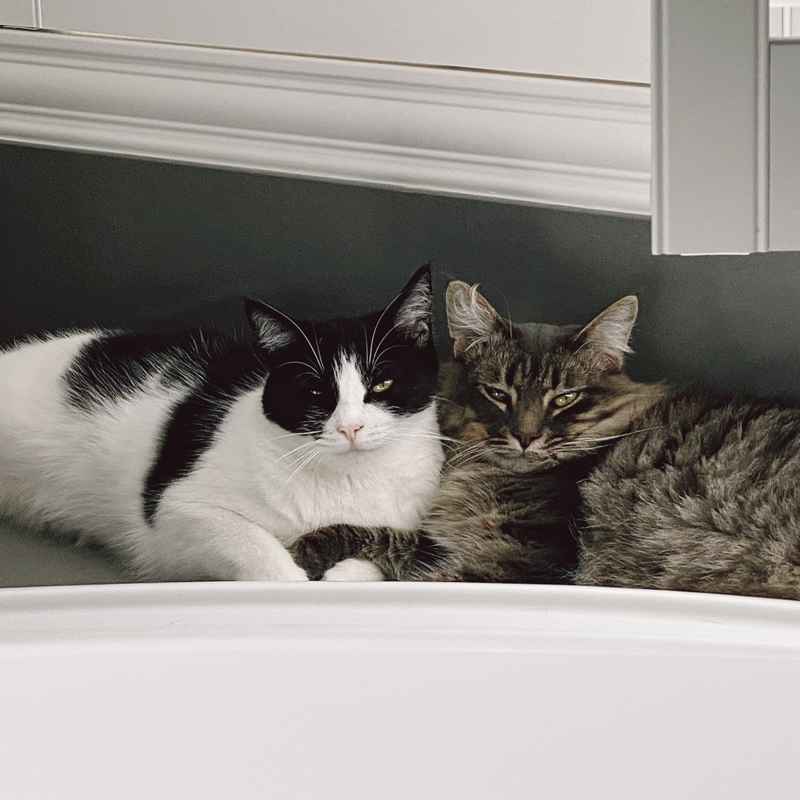 Lesson from our cats...

So I guess the whole purpose of this episode. So I'll let you know what's up with our cats.

And patience, and it's sort of like Pecan is demonstrating this "when I'm ready. I'll let you pat me until now. I'm not." And I think that’s something we can all look aa like, when we're ready, we're going to do what we're going to do. But it's our ready. Right. It's not somebody else's ready.

Yeah. You can't really force it. You know, to me, it's always it's that.

It's like the patience to just let her be and come to it in her own time. And that, that steadfastness of just loving all over her, you know, wherever she is, how I feel like that's a really, it's easier to do it for pets than it is for people, but it's also something that we really, really, really need to do for people.

I think now's the time, you know, some people they just aren't ready to take their step. They're not ready to, put down their woobie that's making them feel safe and comfortable.

I talk about in A Course in Self Love all the time. It's a great quote by Mr. Rogers. And he talks about the people who loved us into being.  When I read that, I was like, that's it, you know, it's just, it's about loving one another into being and the patience that it takes to do that.

And I think about that with people.

And I think about it with projects and things that are important to us and like, like all those sorts of things, like they take time, nature takes time. And when we give, give it the time and the space to really like, love it into being and, everything comes along so much faster and she's making strides

Post in the comments. If you’re on our hello@illuminationpodcast.com. And I think you can even put attachments on there, attach a photo to your fuzzy little dinky little pet site. I just want to see them all.

Read more
Read less
Like
Reply over 1 year ago