EP: 219 How to Give Feedback to Close Friends and Partners Without Seeming Critical 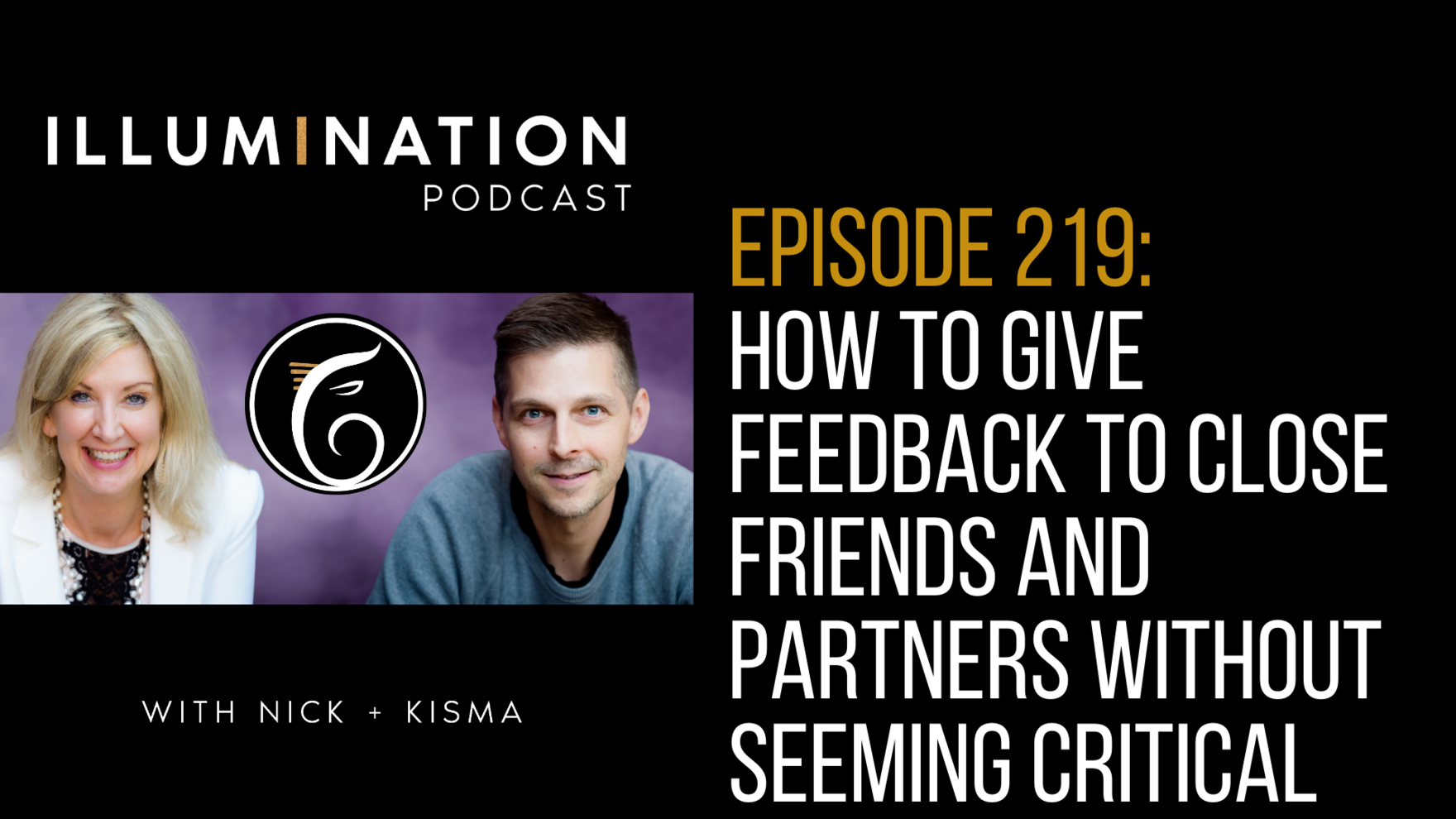 In this episode we are talking about How to Give Feedback to Close Friends and Partners Without Seeming Critical.

I think it is a real skill to be able to give feedback in a really clear way.

And of course, on the other end, you really have to have the skin to take it and use what's valuable and if you disagree with it, you let it go.

So I could make this episode really short and just say don't give feedback.

Like, why do you think it's up to you to give feedback?

Let’s start here because it is kind of this weird phenomenon that we humans go around life feeling that we need to tell people our thoughts without being asked. So everyone just take a breath there. It's a human thing where we go around feeling like we have to tell people our thoughts and opinions about them without being asked.

I didn't expect that to be your first one, but I think you're right.

Well I think the starting point is to not make somebody wrong and check yourself. Who are you to give the feedback? We have to go there because otherwise it starts to get really messy. It gets messy karmically, it gets messy ego wise. And there's a lack of respect for the other person.

And then if you think there's something that they are doing, saying, or being, and you really feel like you can help, you've got to ask permission to share. You simply have to respect the human enough to ask permission.

I think giving people an opt out or an opt in is really helpful. It goes back to the art of allowing which is so important.

Once they’ve given you permission to share, you probably have a list of 10 things that you could tell them, but start with just one thing.

That is brilliant advice. It's so easy to over teach overshare, give them a whole litany of things or a whole five step plan, but think about how you would receive that. It’s kind of overwhelming.

And all of a sudden it all goes out the window.

I want to share one more thing before we close out this episode on giving feedback.

There are moments when I am listening to certain friends or family members I will stop and say, “Hey, before you get going, do you want me to just listen? Am I just a sounding board because you need to vent? Or do you want my opinion?”

Finally, if they said they just want to vent and they vent and I sense something is really off, I can then say, “Hey, I'm sensing something. I'm hearing something. If you're interested, I could share. And it doesn't have to be today, but I have a couple of ideas. So just let me know when you want me to text those over to you or have another quick call.”

A lot of folks are living life in problem solving mode. So it's really easy to drop in with that when sometimes people just need to be heard. If they just want to vent, it takes off so much pressure because you don't have to solve anything. And if they want to hear your feedback then you get to drop in in a different way and really listen with different ears.

So there you are everyone.

Thank you for listening to Illumination Podcast with Nick and KISMA.