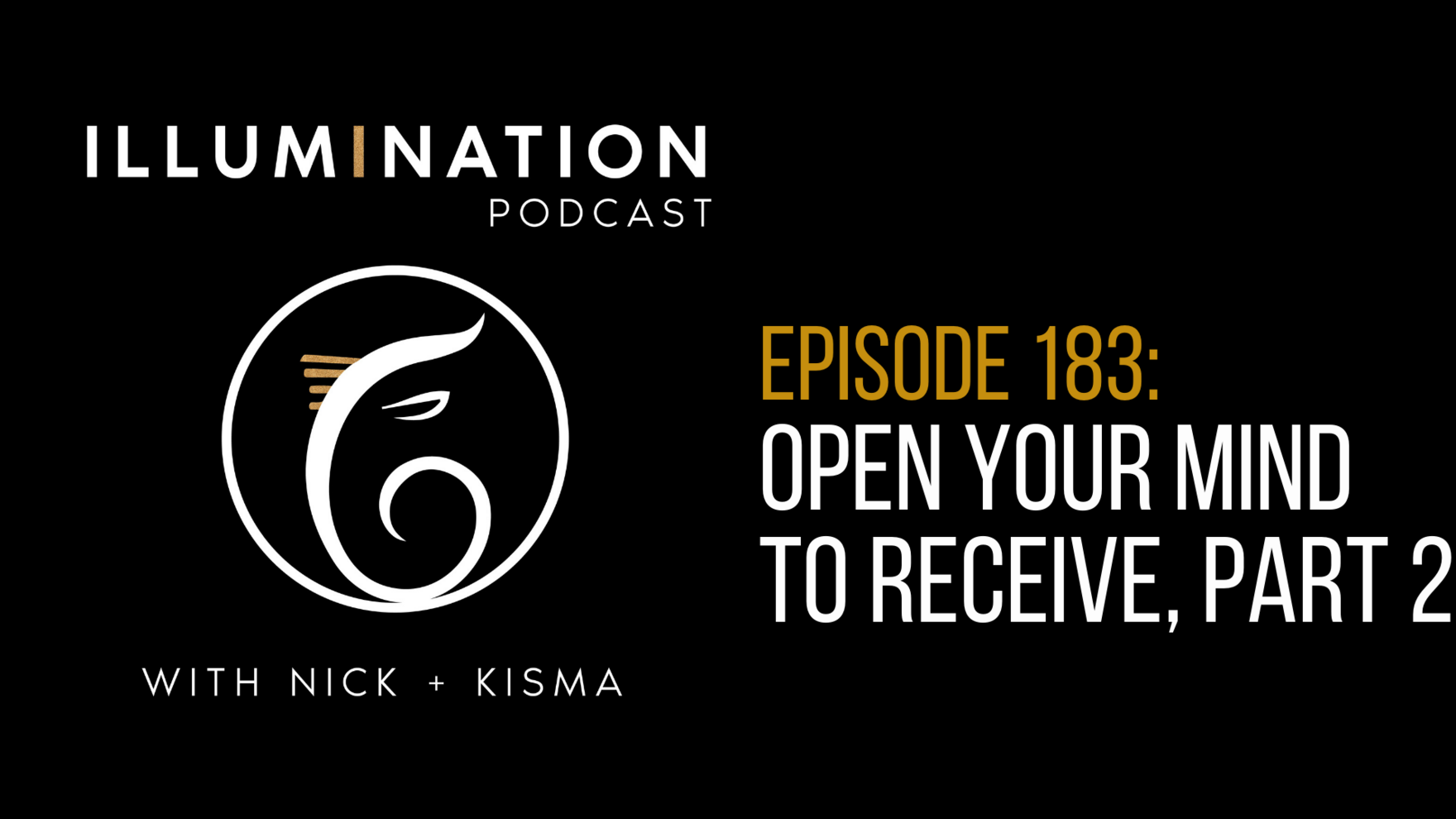 Last week the episode was about three ways to give. So if you haven't listened to that, go back and listen. But today we're going to talk about the gift of release. And Dr.Ponder says that once you've opened your mind to receive in a general way, then relax and experience greater good, and you will want to get definite and open your mind to receive some specific good for yourself.

So you've kind of let go. You've given, you’re prepared and now you want to receive some specific good. She said “there are many people who want or desire, a specific good in their lives, but they do nothing in a practical way to accept those wants and desires. And acceptance includes release.”

So release is an interesting word.

And she says “you have many gifts you may have not used because you were unaware you had them. One of the greatest gifts is that of release.”

She says, “Your own gift of release is available on the mental, emotional, and physical planes of life as you use it.

If that thing is taking up space where something else could be coming in and flowing in with more ease, why not release it?

Clutter is such a massive pressure.

Boy, I know my alchemy has a big problem with it and I'm looking at my desk right now. I just want to pause and start cleaning, but I'm not going to do that to you guys.

I'm gonna say that again. Through which the intelligence of the universe can flow to you to cleanse your life of worn out relationships and conditions and make way for your new, expanded good. Out with the old baby cakes and with the new.

The reason release is such a priceless gift is twofold.

First, it eliminates negativity from your life.

Second, it expands your good.

Elimination of something from your life is always an indication that something better is on the way. Elimination not only takes something from you, but it also gives something to you. And this is really key because I know when I worked with people, I'm like, you need to get rid of that. You need to give it away or do this or tithe or whatever. There's a feeling of, something's going away, something's being taken, but you're also receiving, you might not know how, but you're acquiring something.

Yeah, or you're just receiving a little bit of space.

A space. Yeah, so we don't need to be afraid of letting go.

Whether you are consciously aware of it or not, the act of release also calls into action your super conscious or Christ mind, which is filled with universal intelligence.

It always knows what to release. There is no danger in speaking the word of release when you ask Christ mind, the superconscious mind within you to do the releasing in your life and I think that's really important. I'm not sure I agree about the subconscious.

I think the subconscious actually really holds on to stuff, but when we talk about the super conscious mind, your God Mind, your Christ energy mind, whatever word you use, invoke that for the power of release. Allow that to free you from all resentment, all attachment from the attachment to people, places or things of the past or the present. And then you can ask to really manifest the right, the right situations, the right people and prosperity.

So it's like, it's invoking the Divine to say, just release, release who's not supposed to be around.

I love the idea that you don't have to even know what you're releasing. Sometimes you can actually just let go and kind of trust that that higher part of you is letting go, not the lower part of you, the higher part of you. That is really important and it will let go of the right things.

Then you walk more freely. It's a neat experience when all of a sudden you just don't have some of the chatter that you had and you know it's amazing how quickly we adapt to it. Like, wow, when I think back to how my head used to be and then how my head is now, half of the things that are gone, it's like I didn't even know that they were there.

I think it's imperative for relationships to because if someone is holding on to something in the past, it's so challenging to rebuild and the word release can be so powerful. Even she states somewhere in here, when she's talking about forgiveness, forgiveness means to give up. And she said it would be like giving up resentment or anger. Sshe said, if you can't forgive someone, just release them.

To me, that was very powerful.

You know, I hear it is that she says, if there are people or situations in your life you have tried to forgive but were not able to because of antagonisms or negative feelings that got stirred up in the process, then stop trying to forgive them. Just release them as you lose them and let them go through release.

Do your thing. You know, it's back to keeping your side of the tracks clean.

My mind is going off on all these different dimensions and all the ways that this plays into our lives to be free. Like it's really just about being free.

Well, my illuminated thought is when you release you will receive greater good.